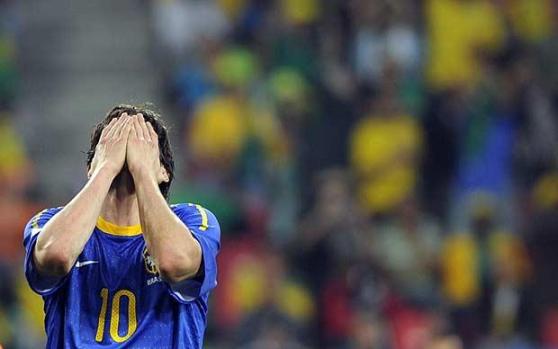 Brazil’s number ten Kaka had hoped to engrave his name in the World Cup hall of fame despite coming into the tournament on the back of an injury-plagued, below par season at Real Madrid. But his showing remained obstinately on a lower plane as the Brazilians never hit the heights of Pele’s generation, bowing out meekly to the Dutch after Kaka again failed to hit the target. Three assists and no goals was not what fans of the auriverde had been demanding.

As for Lionel Messi, the record books will show that his second World Cup finals ended in similar ignonimity as his first. His attempt to succeed Diego Maradona as Argentina’s World Cup hero began in 2006 but he found his opportunities limited and was left on the bench as Germany beat Argentina on penalties. This time around he failed to live up to the hype that was surrounding him as the world’s greatest player continually running down blind alleys and failing to score a single goal before the South Americans were again eliminated by the Germans in the quarter-finals.

Wayne Rooney, has endured a turgid tournament which saw him produce plenty of toil but with little reward. The Manchester United terrier, scourge of English Premier League defences, saw the event completely pass him by as England struggled through the group stages before crashing out with a record 4-1 second round loss to Germany.

As far as boots go, few are bigger or harder to fill than those of Zinedine Zidane and Sidney Govou was tasked with such an impossibile taks by Raymond Domenech in South Africa with shocking results.

France wrote one of the most disastrous World Cup tales this summer having finished bottom of a group that contained Uruguay, South Africa and Mexico with Govou failing to make an impact in any of the three games.

Add to that Govou’s contribution to a suicidal level of unrest in the France camp, simmering before and heightened after Nicolas Anelka’s dismissal from the squad, that culminated in the players refusing to take to the training field. 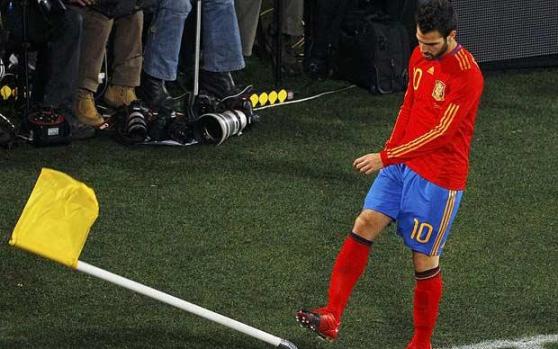 Cesc Fabregas could walk into most teams but Spain believe they can keep a man even of his supreme talents on the bench most of the time.

The Barcelona man, who played half an hour in Saturday’s quarter-final win over Paraguay, finds himself regularly below Xabi Alonso, Sergio Busquets, Xavi and Andres Iniesta in Spain’s midfield pecking order and rarely gets the chance to press his case.