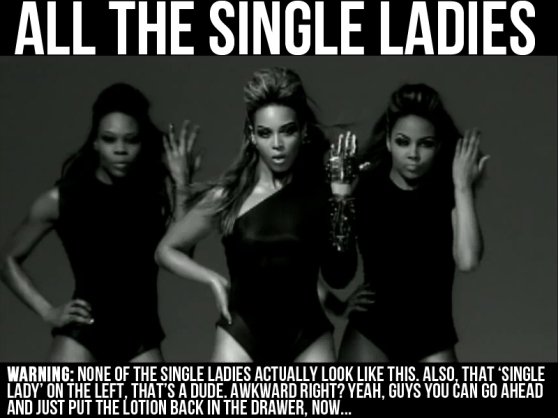 Where does one draw the line between personal responsibility and divine intervention?

If my daily process involves getting up, putting on my shoes and then stepping out into the world, should I begin praying that my laces be tied tight and then jog out without making an effort to do so? And when I fall over should I then wallow in worry and pray for a solution? Or should I instead get up, tug tight at the laces, and then pray that the journey go well as I pace cautiously to my destination? I believe we should all secure what we can control before calling on the almighty. Do your best and God will do the rest, as the old adage says.

Why then are all these Kenyan women at a conference centre asking some Nigerian dude to find them husbands?

Well, what do you expect? Seriously. Quick recap. This Nigerian Pastor, Chris Ojigbani says God put him on Earth for 2 reasons: the first is to make sure that all the single ladies get a man to put a ring on it (Hi Beyonce) and the second is to make sure married women stay with their spouses.

Hmm. OK. I won’t question your epic powers and divine mission, good sir. Kinda curious about that bank balance though, I must admit. Because seriously, this young dude is a superstar and has tapped into a very financially viable market. Working single women are one of the more financially successful demographics last I checked. And this guy draws massive crowds of them; I mean rockstar-status gatherings of these women every time he goes on tour. And this weekend, he was in Nairobi with promises of marriage and love and suitors for all the single ladies, all the single ladies.

Did anybody actually see the crowd of women at KICC on Saturday? I happened to be walking by, oblivious to these happenings and I couldn’t have been more confused.So many happy women – some to the point of tears – I had to wonder whether there was a mass screening of Twilight in there or something. I decided that the safest course of action was to quickly scurry away and then Google what had happened in the office. Any sensible gent knows better than to involve himself in such pandemonium.

And it’s a good thing I didn’t stop to ask questions. If I had, I’d probably be married and/or being stalked by now. Chris had been telling these ladies that they would miraculously get hitched that very same day and that a suitor would find them if they just prayed for it.

Listen, I’m all for religious intervention; I’m a relatively spiritual dude myself. But let’s look at this logically: what is a relationship? It’s the interaction/bond between two or more people, right? So if something is wrong there, where would the problem be? It’d either be with one of the parties involved, or the bonds & interactions between them. Check yourself, check him, check each other; restart. If you have troubleshooted all these and it’s not working, then bail out; it probably won’t work.

No, but seriously. When something goes wrong with my love life or a relationship I’m in, I will not run to a Jesus-branded glorified self-taught marriage counselor in hopes of fixing everything during one sermon. Instead, I think I’d examine myself first, my partner second and our relationship third. I’d talk to my partner and if need be, talk to an actual professional. Yes, there are people whose job it is to do these things. 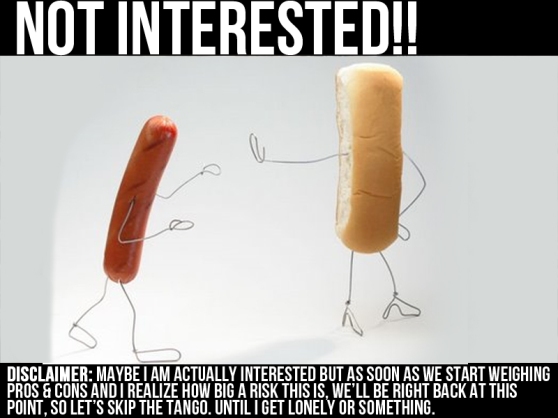 I’m sorry to say this but I’m not surprised there are so many single women in Kenya. I’ve tried to talk to women here – in this city especially – even on a friendly platonic level and, men will attest: NOT AN EASY TASK. It’s like moonwalking with golf shoes on a minefield of quicksand: a very high-density minefield. Ladies, it is impossible to even tell that some of you are looking for men judging by how quickly you dismiss us all. That’s why I’m not shocked at all that so many have hit that 30+ mark where they begin to wonder why they aren’t married. Even less surprised when they then transition into the 40+ and 50+ groups where they begin to give up on it entirely and wallow in self-loathing depression.

If I’d hit a decade long dry-streak, I’m pretty sure the problem isn’t the World, the people in it or the God that made them. The problem would involve me; the changes necessary would be in me. Owning and accepting that saves a lot of time and provides very enlightening introspection and humility. And when I say ‘the problem is me’, that doesn’t mean I should go nuts and shoot myself or slit my wrists or dye my hair purple and change my name to Lucy-Death-Mary. Maybe the problem is that I work too much and never go out. Maybe my expectations are a little bit unreasonable. Maybe that person I put in the friend corner really wanted to be more than a friend. Maybe there is a terrestrial solution to your terrestrial problem. Sound reasonable?

There is nothing wrong in believing that God is omnipotent and can do everything. However, let’s remember that we can also do some things too; and that we were given those abilities for a good reason. So before you complain that you don’t have someone to share your life with, how about first making sure you have a life and you’re ready to share it. Before complaining that your relationship isn’t working, why not first try basic objective reflection and communication. And before asking God to tie your shoelaces, why not reach down there and use the hands he gave you.

All I’m saying is that there are very few exceptional situations in which divine intervention is needed to find a partner. Especially in a generation where there are Facebook pokes, classified ads, match.com, and so many single men with balls bluer than choking smurfs; don’t tell me you can’t find a man.

You are spoiled for choice. The trick now is to make sure you don’t rush into any one’s arms just because they’re open. And for that decision, maybe some prayer and advice from yonder might help.

But why try to find something that’s right in front of you?

36 thoughts on “All The Single Ladies”