Since I first watched Tusker Project Fame 4 last week and penned a few innocent thoughts on this matter, I’ve received hate mail, death threats and what seems like an informal stripping of my African badge for saying that these contestants were not the best Eastern Africa had to offer. Apparently, round these parts, it is taboo to set the bar higher.

So what I’ve done, is I’ve taken all your collective advice and brought myself up to speed on TPF4. Yes, I subjected myself to the listening and watching and listening and watching. YouTube, Megavideo and even Citizen TV. Oh yes. Here at DR, we take your feedback seriously. So today, I come to you with an informed point of view.

First, regarding my views/opinions last week; little has changed. Yes, I still highly doubt that this is the absolute best we have to offer. Yes, I still think that somehow, some way, Palek will end up victorious. Additionally, I doubt that the ‘genuineness’ of the competition; the romances seem plastic, the judges are pariahs and the host needs to NEVER wear a shiny suit again. Glistening, by Jove. Oh, and I’m still a fan of the principle of the academy, not so much of the actual execution of said principle. In laymans terms, I think the show is necessary, I just don’t think it’s being done right.

Well, I take back what I said about the production. I blame my TV. The video quality was OK when I re-watched but the sound still sucked. I’m not sure if it’s the equipment or that people haven’t received the proper training with it. Either that or the singing was …well, let’s just say the sound sucked.
Also, the wardrobe and make up are a bloody mess. Gaelle didn’t look like she knew what to do with that strapless dress with its cups much higher than her’s. The principle’s make up looks like it was sponsored by Sadolin Paints ( I see colours…)  and the host’s shiny suit was sponsored by Mabati Rolling Mills.

I also take back what I said about not choosing a star out of the group. And if you read the title, you know who I picked. 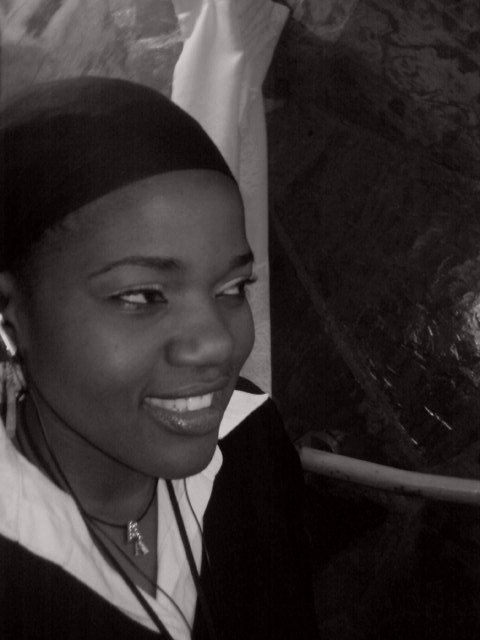 Good Lord, the pipes on that woman: Premium vocal plumbing. I guess I hadn’t realized what an impressive range she had seeing as I watched an episode with Reggae tracks being sang. But, my goodness, wasn’t I floored. Who hits Whitney/Mariah notes with a smile on their faces? And she doesn’t look half bad either; very easily marketable. Plus, that hip-sway thing she does = nice. Tender age of 22 and all, she’s someone I could bank on for a long reign at the top. She clearly has the talent…but will she make it? That Davis guy isn’t horrible either, and Palek has something that she hasn’t quite tapped into yet, but if I had to bet on someone, it’d be Ami.

And if she doesn’t win, I move to petition that some record label should scoop her up and some company endorse her. If I had the means, I’d do it my damn self. Yes, it’s that serious.

But alas, it seems quite clear that the odds are tilted towards Palek. They aren’t even making much of an effort to hide it, it seems. Gabiro, Steve and a few others should have been in that firing range, but that wouldn’t help anything. See, by putting 4 girls on probation, including Pal, they’re eliminating a potential threat and ensuring she doesn’t have to endure probation at a more critical stage. Or maybe I’m wrong and she’ll be booted next Saturday or Gaga

But at this point, who really cares? Judging from the comments last week, anything negative said is usually met with the utmost baseless backlash (although, ironically, ‘Tusker Project Fail’ has started becoming a fixture on Twitter). I’m still waiting to hear a single person say “This truly is the greatest East Africa has to offer”.

But for as long as I can’t say it myself, I’ll just bow out and leave the TPF commentary to you guys on #TPF4 #ChukiFM and #PenziFM, as I spend my Sunday evenings waiting for Amileena’s album to drop.

Best of luck to her and the other contestants.

40 thoughts on “Tusker Project Fail: “If Amileena Does Not Win…””