We complained about Zuku last year. A lot.

Twice, the complaints were by myself and once they came from our resident ‘purple-haired Ranting Swede‘. In the comments, dozens of you joined in with your own queries and even more were sent by email. Zuku responded. You retaliated. It was messy.

Then late last year, Zuku reached out to Diasporadical privately, asking if we would help them in piloting and testing some new services(including fibre broadband internet). To be honest, the entire team was just too busy in the last quarter of last year and the first one of this year, so that project somehow vanished from our radars.

Until about a month ago when a young man in Zuku branded attire knocked on our doors.

He swooned us with promises of high speed internet(by Kenyan standards) at ridiculously low rates. Put it this way, we were paying about 1,500/= a month for 512kbps. According to the traveling salesman, we’d now we’d be paying 1,999 for 4mbps. That’s 8 times the speed for…500bob more? 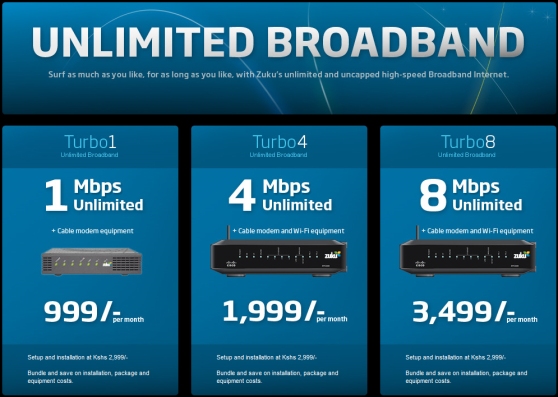 No brainer. Got it. Winning. Boom. Duh.

Within a week of paying the deposit, their silence began to worry us. So we quickly began preparing ourselves; we’d been through Zuku battles before; we knew the protocol. We didn’t bother calling because we were used to them not picking their calls or keeping you on hold for 10 years. Instead, I went straight to the offices armed with fury, muttering “GIMME INNERNETS NOW!” as I stomped up the stairs. A nice man calmly met my anger by carefully looking up all the information and making a few calls before apologizing and then telling me just when we’d get our new connection installed(conveniently, the next day). He explained the delay and handed me contact information in case anything should go haywire. I was befuddled and so I stomped back down the stairs, less enthused, just….confused. 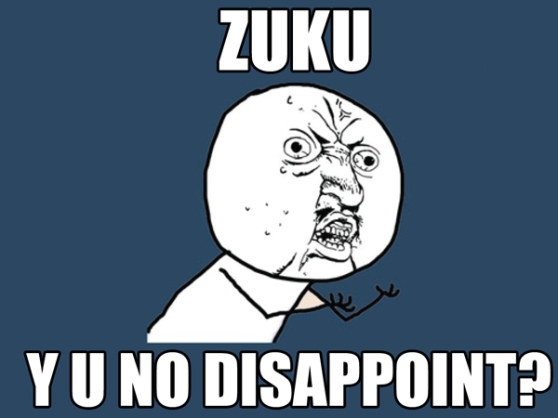 The next day, they came(as promised), set everything up and within 24 hours, our net was working. And fast too. Color me three pantones of confusion. I tested everything and then had an ‘Aha!’ moment. The wireless internet was down! The technician had left his own personal cellphone number so I called him and he called his buddies in our area and they came to configure it. THE SAME DAY. Add another shade of confusion because – unless I’m grossly mistaken – that was excellent customer service. From Zuku.

Since then, every single query or qualm has been addressed speedily. Every phone call has been politely picked up, every technician (except one) has been remarkably polite and helpful. I’m starting to wonder if Zuku really did hear all our cries and begin paying attention.

In fact, I’m going to put my neck out there and say I’m pretty certain that they DID hear them and ARE still listening. I got a call from a surprisingly chirpy lass the other morning who ‘just wanted to check if we were satisfied with their internet service’. She addressed me by name and everything. Never in my years of dealing with shitty customer care in Nairobi, and Kenya at large, have I had to bite my tongue. Alas today, I shall eat it whole.

I rescind my previous complaints and instead initiate a slow. golf. clap.

Well done, Zuku. Keep it up. Love the faster internet. Love the excellent customer care. And your new tech guys are not cocking up as much as the last ones.

NB: Be clear that the fibre-broadband is only offered in certain areas. Check the coverage map or call and ask to be sure.

13 thoughts on “The New & Improved Zuku”