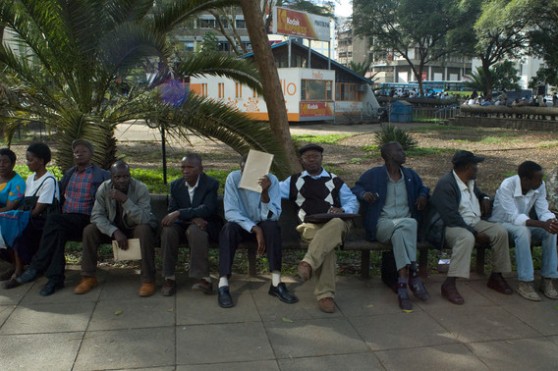 I was once a boy child.

I grew up in a time when having a son was considered a blessing. And after a certain age, all my short-comings and indiscretions were dismissed as “boys will be boys”. This is not to say that I wasn’t raised right. As a son, parents were never really scared of you falling prey to bad company, drugs and alcohol, or getting your heart broken by girls or contracting a life-threatening disease or fathering a child out of wedlock. These concerns were largely directed to the girl child because she was always seen as the more vulnerable one, the one that needed to be given the best possible chance to succeed. For the boy-child, it was believed that all it took was constant reminders of “be a man!” and observing the older men around to figure out how to navigate through life.

It is indeed true that the boy child in Africa for many generations has unwittingly benefitted from a patriarchal society that has prized men over women and sons over daughters. And so, the boy child used this gender imbalance as a crutch to get by in life and even prosper with very little effort compared with his female counterparts.
But that was then, now things have changed. As issues of women’s empowerment gain prominence and a wide array of policies aimed at uplifting the girl child start to bear fruit, suddenly the boy child is now emerging as the threatened one.

There are two schools of thought that appear to be emerging on the way forward.

One view widely held is that women are unfairly overburdened. As it stands, mothers, aunts, sisters, wives, females in general carry the load of empowering the girl child as well as providing support and guidance to the boy child. While men do little or nothing.
Women’s rights activists therefore believe that society should stop blaming women for the troubled boy child. Furthermore, women should no longer be considered as the custodians of traditional societal values such that when children stray and destroy their lives, blame is heaped on women failing to raise them right. Therefore the reproductive role can no longer be borne by women alone. The responsibilities of pregnancy and child rearing must be shared equally between the man and the woman, as much as possible.
Therefore, this school of thought concludes by stating that the troubled boy child dilemma should not be left to women to figure out and deal with. Men themselves should start holding the boy child’s hand the way women have long been doing with the girl child.

The second school of thought, which I happen to espouse, begins by conceding that menfolk have indeed neglected their duties to the boy child as fathers, father-figures, big brothers, cousins, uncles leaving the boy-child neglected and troubled. However, the overall responsibility of ensuring that there is gender balance in society remains a concerted effort between both men and women, especially those already involved in the human rights movement and within civil society.

The appeal being made in this regard is that women ought to make affirmative action to be more about gender empowerment than just women empowerment. The danger of not addressing the emerging issues surrounding the boy child is that we are slowly breeding an angry, misunderstood and marginalized generation of men which has serious social consequences. And so like my protégée Nittzsah I agree that we need to shine the spotlight on the boy child. However, dealing with the troubled boy child issue cannot be divorced from the empowerment of the girl child. The challenge to men (formerly boy children like me) is to get more involved and actively participate in the formulation and implementation of affirmative action programmes and policies geared to addressing gender disparities for the betterment of the entire society.

At a societal level, empowered men can start by mentoring younger males within the family and in the community, having meaningful discussions and talks with them about what it really means to be a man and the challenges of manhood that await them. It’s time that we, men played our part.