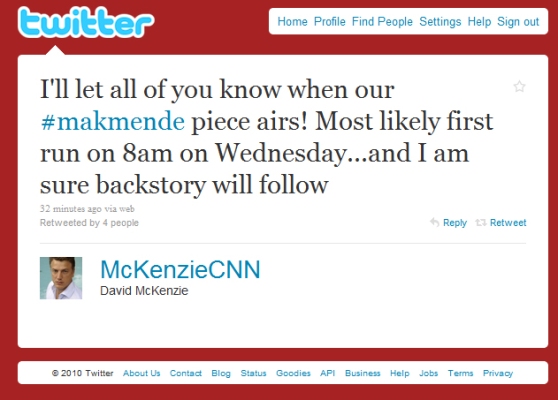 Makmende won't be on CNN. CNN will be on Makmende.

They say a lot of truth is said in jest, and Makmende is proof of this fact. Long after the jokes about how the KRA pays him taxes and the fact that we drive on the left because he drives on the right and we were in his way, it is hard to deny that this man has hit phenom status. He is more than just a person, more than a meme, and by far superior to a mere local hero. Makmende is now a movement and a sign of the change of times.

What change, you ask?

The change we earlier alluded to. Except that last time, we were focusing on the negative aspect of this change. The shift towards socialitetis(for those with tribal hinderance, that’s pronounced “So-sho-lyt-it-is”). This is that social syndrome where people become famous for the sake of being famous. For example, Arunga will be more sought after for her notoreity than her ability. And in Makmende’s case, I know quite few people who STILL can’t remember the name of the group or the song behind his stardom. Yet I can’t think of a soul that doesn’t know him.

I also can’t think of a reason why he should be this famous. END_OF_DOCUMENT_TOKEN_TO_BE_REPLACED