I’ve waited to write this.

The last time I went to Westgate was exactly a week before the famed attack the mall is now associated with. When I say exactly, I mean exact, down to the hour.

I was meeting up with some friends in between my trips in and out of Kenya. It was the first time I’d been to Urban Burger. It was also the first time I realised how massive Nakumatt was. For some odd reason that day, all our phones either dead or close to it. So we were moving about in a panic, trying to finish our chores so we could regroup outside and go about our plans for the day.

The next time that same group of friends regrouped was at Aga Khan Hospital, one week later, to volunteer and donate blood. We were watching the updates terrified, all thinking the same thing, none of us saying it.  END_OF_DOCUMENT_TOKEN_TO_BE_REPLACED

There’s a very talented man out there by the name of Andrew Kaggia who created a very powerful 3D Animation by the name WAGEUZI. It’s a very new look at the battle between politicians for the votes of Kenyans. If you haven’t already, kindly take 13 minutes out of your day and watch it.

It made me think back to a conversation I had with a Poli Sci/IR professor earlier this week on the youth vote. It began with a discussion about all the things currently lacking in Kenya: fuel, gas, sugar, maize; commodities we know are there, but aren’t being sold. END_OF_DOCUMENT_TOKEN_TO_BE_REPLACED

I don’t do politics. Or rather, I don’t do it well. I voted at the very last minute, and I ascribe to being truly Kenyan. I have no tribe. I get pissed whenever my daughter comes home from school with some tribal spew that she picked from a classmate.

Post Election Violence was frightening for me because for the first time, I saw friends judge my by my father’s tribe. I had people approach me in the office trying to get me to pick one side or the other. I had a stranger from *my tribe* walk up to me and talk ish about *that other tribe* in mother tongue. I pretended not to understand, so the Tanzanians watching us assumed that we were from opposing tribes. I guess I looked pretty hostile.

During PEV, I wasn’t in Nairobi. I was in Dar. I watched terrified but safe as CNN and Aljazeera aired the worst of the worst. I blogged about my feelings and received scathing responses. One reader suggested I should stop hiding in comfort, and that I should come back home and fight on the ground instead.

I sent him an email in response. I said it wasn’t his country burning – it was mine. I said he didn’t have family in danger – I did. I said I hoped he never felt as damaged and helpless as I did just then.

Whenever people in the news talk tribally, it shakes me to my core. It makes me remember just how bad things got, and just how bad things are. It shakes me even more that while some people are still living in tents on relief food, others are pretending to be IDPs so they can benefit from handouts. For every 3 genuine cases, there’s some leech trying to get what isn’t his – or hers. I know that’s human nature, but it stings, and it stings deep.

Today, while idling on Twitter, I tweavesdropped an exchange between @Nittzsah and @MisterNV, fellow members of the DR crew. I wondered what it was about, so I followed along to this article. It’s describes Raila Odinga from the writer’s perspective, which I fear is shared by a lot of people.

The writer feels that Raila isn’t serious or important enough to resolve the crisis in Cote d’Ivoire. He accuses Raila of political and ideological seasonal migration.

My hands always shake when I read stuff like this, because I fear that it will stoke idle fires. There’s still a lot of misplaced passion in the hearts of many Kenyans, and I’m afraid they’re just waiting for an excuse to let it out. So when I hear statements like this, I curl into a corner and start saying my rosary, and I’m not even Catholic.

END_OF_DOCUMENT_TOKEN_TO_BE_REPLACED 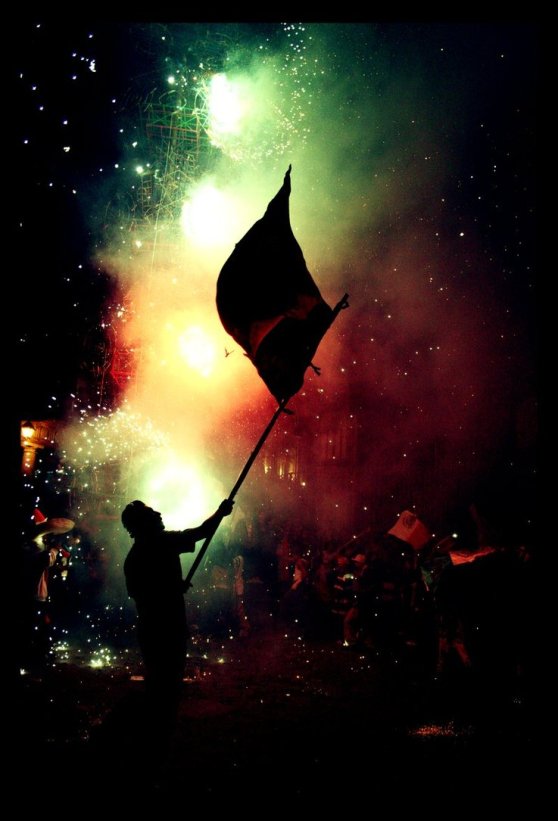 I did not ever doubt that the ‘YES’ side would win; what I was not sure about was by what margin. But now that Phase I of the Battle is behind us, the next question has to be: “Now What?” It has taken almost half a Century from the British-Kenya Lancaster Conference to get where we are today. That’s too long to wait before we see the full implementation of the New Constitutional Contract for the people take root and become the new foundation of the nation’s rule of law. Even as the celebratory mood sweeps over this great land, I would like to challenge us all to take up the battle of Constitutional Justice to a new level by beginning to raise questions about the inequity that persists in our land.

The New Constitution cannot be allowed to become a nice document that sits on legislators’ shelf collecting dust when two of the World’s largest slums sit a stone away from the capital and while nearly 100,000 citizens are still living in tents as internally displaced persons (IDPs). The Mathare and Kibera slum dwellers and persons currently living in tents have as much right to be given access to the nation’s resources as much as Members of Parliament. There is not a single MP who is more important or whose life is higher than an IDP or a law abiding resident of Mathare, Kibera, or the new emerging slums in Kisumu, Nakuru, Machakos, Mombasa or any other downtrodden temporary residential communities in our towns and cities. Rural peasants in Meru, Kitui, Homabay, Nyeri, Busia or other parts of the country that are unreachable by road are also citizens of the land, and the new Constitution will and must be theirs too. What cannot be allowed to happen is to let inertia creep in “The Day After” for to do so would only succeed in giving comfort to the enemies of progress; and that cannot be allowed to happen.

Heros and Heroines of Constitutional Reform in Kenya, because you’ve been so good at it and so successful in the past, I suggest that you use the platform you have now to start the campaign for a vigorous implementation of the Constitution. And for us lay-persons, I think it is our solemn and patriotic duty to continue to ask questions and demand answers, challenge the status quo and urge our leaders to think about the “road ahead” and the legacy our generation will be bequeathing from them.

50 Years is too long to wait, if over the next five decades inertia was to be allowed to sap the vitality of the New Contact that Kenya’s majority have supported so overwhelmingly.

Yes, 50 Years is too long to wait if the efforts, the energy, the commitment and the blood and tears of all those who have labored for so long and sacrificed so much were to be allowed to go to waste as each successive cohort of parliamentarians was to be allowed to repeat the mistakes of the preceding generations of politicians.

From henceforth, our new battle cry must be “Implement The New Constitution Now!”. The country does not have the luxury of time to wait for another 50 Years! To all you Heros and Heroines of Constitutional Reform in Kenya, you cannot afford to retire from the leadership you have so graciously given to this cause. It should be incredibly gratifying to see how my generation has become so engaged in this fight for social justice and human rights for all. We as the youth realize that we are an important stakeholder in this New Constitutional Contact. It is because of us and for us that the implementation process of the New Contract cannot be stretched out over the next half century, for to do so would be a betrayal of the highest order.

To my fellow Kenyans wherever they may be, “The Day After” has to be taken as the day when all of us must pick up a new pair of sandals that will guard our feet as we match on into a future in which all people, men and women, will have equal rights and equal protection under the new constitution. That’s the country we all yearn for and we must do all we can to ensure that you, will not have labored all those years in vain.